Plant biotechnology does not pose risks to health or the environment

Plant biotechnology does not pose risks to health or the environment el Jue Mar 05 2015, 19:45 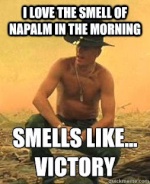 No health or environmental risks from plant biotechnology

Over the past five years, the Swiss national research programme on “Benefits and Risks of the Deliberate Release of Genetically Modified Plants” (NRP 59) has investigated the environmental, economic and social impacts of GM crops. Today the final report was published. The main findings: Plant biotechnology does not pose risks to health or the environment. The economic benefits of GM crops for Swiss agriculture are currently small, but could increase in the future when new GM crops with combined traits, such as herbicide and disease resistance, become commercially available.


Field trial with GM wheat containing a gene that confers resistance to powdery mildew. In one of the NFP 59 projects, scientists studied selected species of insect to investigate whether this type of wheat has an impact on the existing food web.


.
The Swiss Bundesrat awarded the contract for the research programme in 2005. It started in 2007 and the various projects were completed between 2009 and the end of 2011. The aim was to investigate the potential of plant genetic engineering for Swiss agriculture. The idea was to see whether the cultivation of GM crops can make Swiss agriculture more competitive by making it more productive, whilst respecting the environment.

Of a total of 30 projects, 13 investigated the health and environmental impacts of cultivating GM plants. Two projects analysed over 1000 scientific publications on this subject without finding any proper evidence of harmful impacts of plant genetic engineering. Although the scientists did find some negative effects of cultivating GM plants, in all cases these could be traced back to inadequate farming practices, such as monoculture. The genetic modifications of the plants did not play a role. Eleven projects conducted laboratory and field experiments to investigate the environmental risks of GM wheat, maize and strawberries. Here too, there were no harmful effects on beneficial insects, micro-organisms or soil fertility as a whole.

According to surveys conducted as part of the research programme, only a few Swiss consumers buy GM products today, and only a few farmers grow GM crops. The economic benefits for agriculture are too small at present and the coexistence costs too high. These are the costs incurred by farmers when they have to e.g. respect minimum distances between fields with GM crops and neighbouring farms with conventional and organic crops. According to the research report, this situation could change if farmers consult with each other at regional level and set up segregated production zones. This would be a way of lowering coexistence costs.

Greater acceptance of GM plants could also be expected if the pressure from pests increases, as might happen as a result of climate change. New GM plants with combined traits, such as disease resistance and herbicide tolerance would also be more attractive than the GM plants currently available. The same would apply to “second-generation” GM plants containing new substances, which could be used as healthier alternatives to conventional plant varieties. The examples cited in the report include vitamin A rice and plants such as apples, groundnuts and soya beans with reduced allergen levels. The report also mentions the potential health benefits of “third-generation” plants that contain certain pharmaceutical substances.

Call for a new risk-assessment philosophy

According to the final report, a key finding of NFP 59 is that risk assessments should be based on the specific characteristics of the plant variety rather than on the breeding method used to produce it. The environmental, social and economic impacts of a GM plant can only be determined through a direct comparison with conventionally bred plants.

New genetic methods are now available that leave only small traces, if any, of the intervention, or enable much more targeted modifications. Unintentional side-effects of the genetic intervention would therefore be far less likely to occur and safety tests would be easier. At the end of the day, the report concludes, one can now assume that many conventional breeding methods potentially pose a greater risk to health and the environment than the new genetic engineering methods. From a scientific perspective, the report claims, justification for special treatment or isolated assessment of GM plants is increasingly questionable.

The scientists also draw attention to the important role played by GM field trials. The plants being studied often do not behave the same way in the field as they do in the greenhouse. Field trials are, they claim, therefore the only way to assess a plant’s advantages and disadvantages properly. They also call for protected trial fields to prevent the frequent destruction of crops by GM opponents and to maintain Swiss research competence in this area.