Mensajes : 16580
Puntos : 23696
Reputación : 562
Fecha de inscripción : 14/02/2014
Prat Gay is out. Macri dismissed him abruptly and unexpectedly. He divided the Ministry and he promoted Luis Caputo to Minister of Finance (continuing his job in debt management) and named Nicolas Dujovne as Minister of the Treasury.

In recent weeks there was a clear perception that Prat Gay was losing influence while he was completely absent throughout the critical negotiations on the income tax in Congress. It seemed clear that he was losing leadership and that sooner or later he was going to leave the administration.


While the reasons of his dismissal are not yet entirely clear, there are three issues that were important. First, Prat Gay was not comfortable as a Minister of the economy with devalued powers that could not have a say on increases in regulated prices and that had lost the Secretary of Commerce. Second, Macri recently made clear that he had to report to Quintana and Lopetegui, an issue that probably hurt his ego and his political ambitions. Besides, the perception was that he was not a team player and that he wanted a more central role in the administration. Third, and perhaps less important, Macri recently started to get more concerned about the fiscal situation and Prat Gay did not express the willingness to move ahead with the fiscal adjustment.

The change was more related to personality than to a change in policies.

Luis Caputo, who is known to market players and has done an excellent job as Secretary of Finance has been promoted to Minister and will continue to do a similar job.

Nicolas Dujovne, the Minister of the Treasury, is a young outstanding economist that has broad experience in the private sector (he was chief economist for Banco Galicia) as well as in the public sector (where he was an advisor to the Secretary of the Treasury, and Central Bank board member). He worked closely with Quintana and Lopetegui at Fundacion Pensar, the think-tank that worked out the government programs for Macri, and he is a team-player (which is a feature that Macri greatly values). In addition, Dujovne is more orthodox on the fiscal side than Prat Gay and is someone who should provide comfort to the markets regarding the willingness and ability of the government to reduce the fiscal deficit over time. In addition, he is likely to have a better relationship with Federico Sturzenegger at the Central Bank, as he is not as obsessed with the high interest rates as Prat Gay was.

In summary, we believe that the changes are more related to issues of personality than of policies. Dujovne is likely to blend very well with the economic team and he brings more comfort on the fiscal side and smoother relations with the Central Bank. We do not expect big changes in policies in the short run, but there should be a gradual move towards more control on public expenditures and the fiscal deficit. 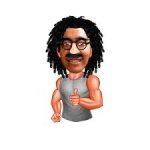